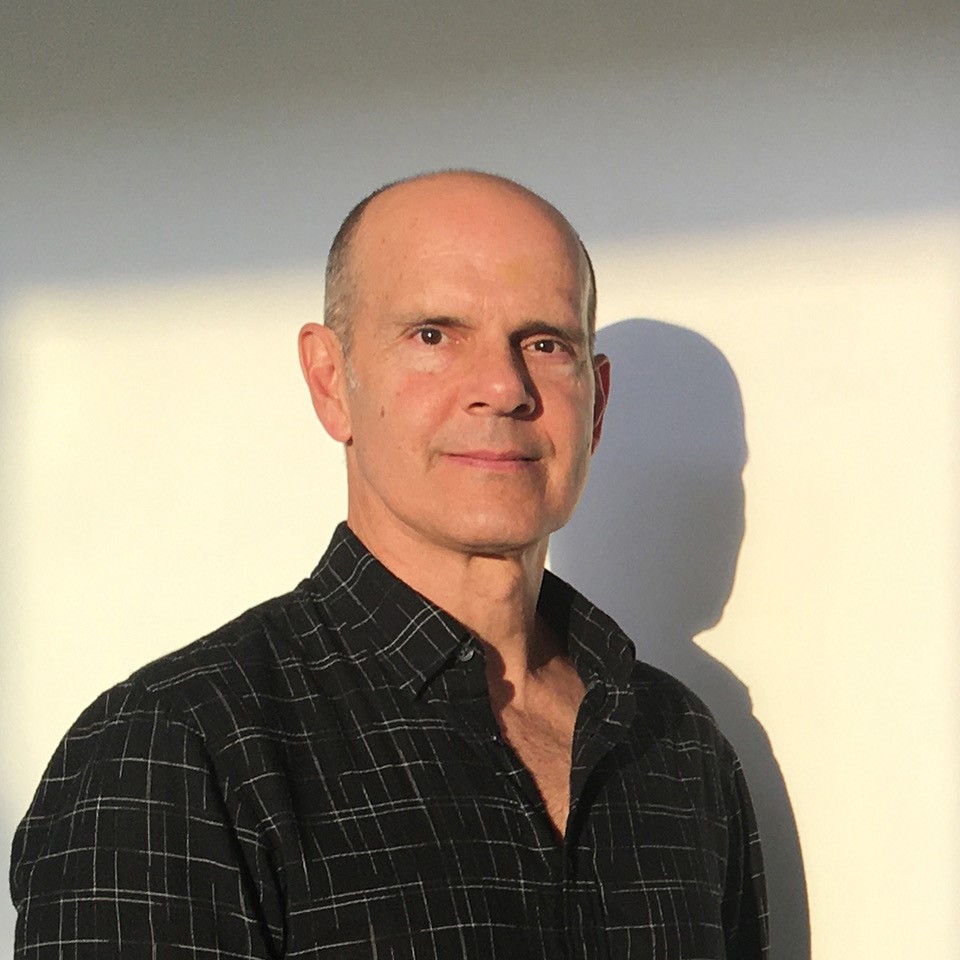 “When you subtract details from an image, you give it a kind of symbolic power. My designs are very architectural because they are based on geometry. I like to let what is in the image fuse with the background. For me, it’s about evoking a feeling more than representing a particular image.” John graduated ’79 from Kent State University with a BFA in graphic design & illustration. His work has been influenced by Swiss design, pop culture, posters of the WPA, & mid-century modern design. He studied with the all time great, Paul Rand in Brisaggo, Switzerland, in a KSU design workshop, summer of ’77. In the fall of ’79, John moved to NYC and began a career as a freelance illustrator. He created editorial art for Fortune, Premiere, Hemispheres, Vogue, Wallpaper, Glamour, Fast Co., New York Magazine, Arena Homme, The New York Times, Cosmo, Forbes, Time, The Wall Street Journal, Family Circle, Travel & Leisure, The New York Stock Exchange, Smart Money, and Consumer Reports. He designed shopping bags for Bloomingdales and Estee Lauder.

Print Magazine, The Art Directors Club, & The Society of Illustrators have recognised John’s work in various shows and annuals in the past 35 years. In 1992 and 1993, John was under contract with Viacom re-branding Nick @ Nite’s on-air promotions. The job required designing 10-30 second TV ads promoting shows such as Mary Tyler Moore, I Love Lucy, and The Dick Van Dyke Show. Another aspect of the job was designing promo premiums such as mugs, dishes, clocks, neckties, and scarfs. For 15 years, The Museum of Modern Art has included John’s holiday cards in their retail store. The Times Square Alliance included John’s art in their Urban Forest Project banner campaign to promote the “Greening” of Times Square. Advertising clients include Jet Blue, American Express, Pfizer, Macy’s Merck, NV Energy Company, Fotunoff, Fordham University, Sarasota Orchestra, The Ringling Museum of Art.

In 2013, John partnered with World Studio rebranding The John & Mabel Ringling Museum of Art’s identity. Sarasota, FL has been John’s home since July 4, ’08.