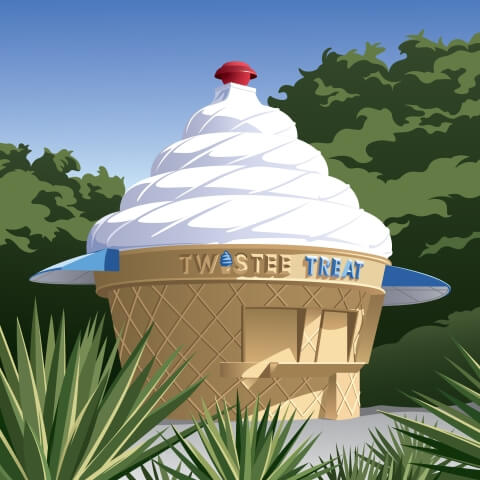 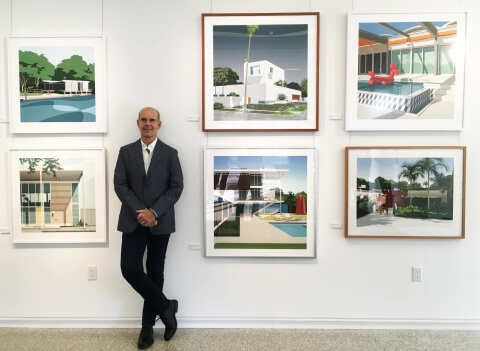 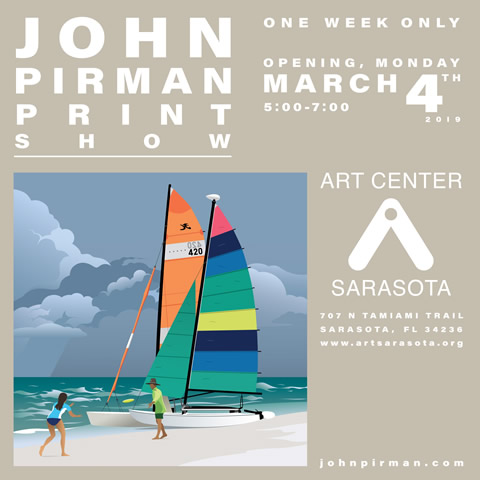 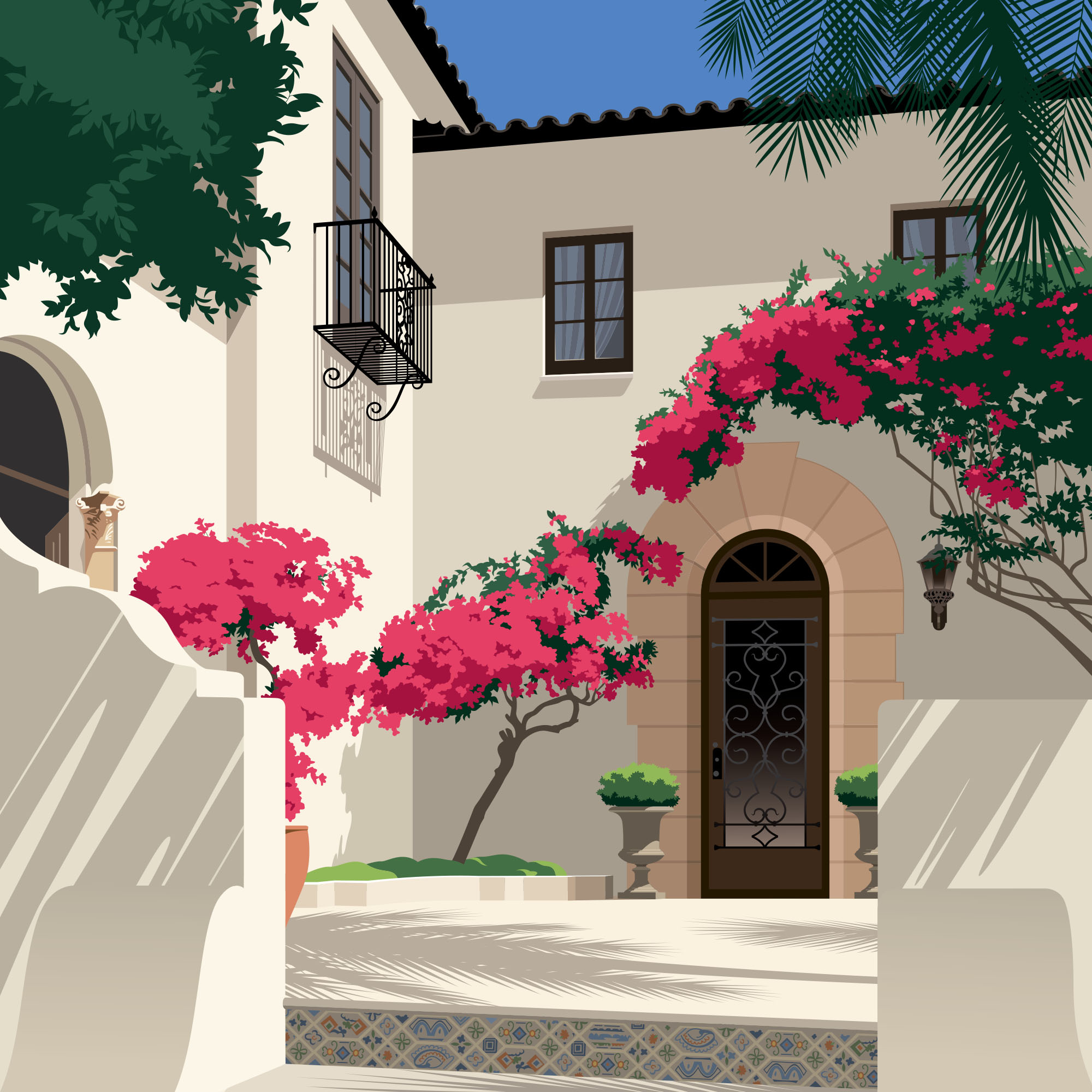 Florida exists in the collective unconscious as much, or probably more, than it exists in physical space. The Sunshine State has been the storied playground of the rich and famous as well as every day regular people, families, retirees, crooks, those looking to reinvent themselves, and every group in between. In spite of scandals, natural disasters, property booms and busts, its siren song continues to attract people to its shores - even if you have to dodge 8 lanes of traffic to reach them. People come to Florida, taking both the real and imagined in equal parts, and people stay, especially the artists.

John Pirman joins a long line of artists settling in Florida, specifically Sarasota. He has cast off the freneticism (though not the attention to style) of New York City and, like those before him, has come to evangelize with a convert's zeal a Florida that does exist, but is in constant state of disappearing. Pirman produces a singular vision of a languid modernism so familiar to any who really know the State that is wholly contemporary yet tinged, through close attention to the details most miss, with a clear-eyed nostalgia.

Florida, and Sarasota in particular, is the perfect subject for John Pirman because it fits his technique so well. In his work, one sees a profound understanding of the relationship between color and form. While the geometric monumentality of Spencer House may be the first aspect of the work to strike you, it is through closer examination that you realize it is the interaction between the stark white of the cube with the subtly graded blue-grey sky that actually creates the perception of form. The graduated shadow falling across the central facade furthers the modelling lifting the image from flat reproduction of form, to conversation among volume, shadow and color, or the tangible and the intangible.

The true brilliance, however, resides in the simple palm tree and its graceful curve that at once is an accurate recounting of the natural world but, more importantly through the eye of John Pirman becomes a line in space that invigorates what would otherwise be a portrait of geometric stasis. The palm tree’s slight asymmetry releases the potential energy of the entire composition. You see this throughout Pirman’s work. The casually rendered trees in Lotus on Orange, are anything but-they are counterbalance to the abundance of smooth surfaces in the architecture. The arc of the pool fountain in The Sussman Family inscribes the atmosphere, breaks the rigor of the rectangle, and brings to mind the sounds of that Florida afternoon. Don’t miss the playful constellation created by the light shining through the pierced metal table that everyone’s stylish aunt had by her pool in the ’60s.

In every work by John Pirman these discoveries await the viewer. Artists come to Florida for the light; John Pirman, however, is unusually adept at understanding and manipulating that special light’s relationship to color. Geometry becomes the canvas on which these key compositional components are explored. These works, in their flat, built up planes, are related to his earliest practice of cut paper composition, but in these scenes illustrated by hand on the computer, he is able to add that quintessential Florida, that light, that shadow, that interplay of the two between the palm fronds animated in the Gulf breeze. You can just hear the cicadas tuning up in the late afternoon shadows and the ice cubes clinking in the margarita.

Matthew McLendon, PhD
Director and Chief Curator
The Fralin Museum of Art at the University of Virginia